The Dalhousie Art Gallery is pleased to present a guided tour and discussion of the exhibition Drawings from the Heart: Reproductions with the artist, and retired cardiac surgeon and artist David Murphy.

Admission is free and light snacks and refreshments will be provided.

SCREENINGS TUESDAYS IN OCTOBER AT 8 PM

Aristotle states, famously, in his Poetics, that “Characters must change”. In Science Fiction, sometimes everything changes. In this film program we look at a series of transformations, from Fritz Lang’s memorable 1927 film Metropolis to two recent adaptations of stories by the maverick Sci-Fi author Philip K. Dick: Minority Report and A Scanner Darkly.

Join artist Paulette Phillips on a guided tour of her exhibition "The Directed Lie". The tour will be followed by a conversation between Phillips and the Gallery’s Director/Curator Peter Dykhuis, and Joanna Erdman, Assistant Professor of Law and MacBain Chair in Health Law and Policy at the Schulich School of Law, Dalhousie University.

The Dalhousie Art Gallery will be participating in the 10th Annual New York Art Book Fair in conjunction with Halifax Ink, a publishing consortium located in Halifax.

From the Vault: The Oldest Patient

In 1974, Halifax artist and arts educator Donald Cameron Mackay donated an ancient Egyptian mummified head to the Dalhousie Art Gallery. Although it arrived without the linen wrappings typical of the mummification process, thus affording a thorough visual examination of the face, skull and neck, the contents of the head remained a mystery. 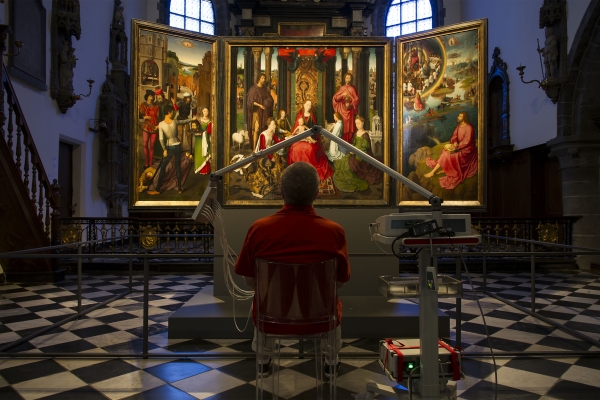 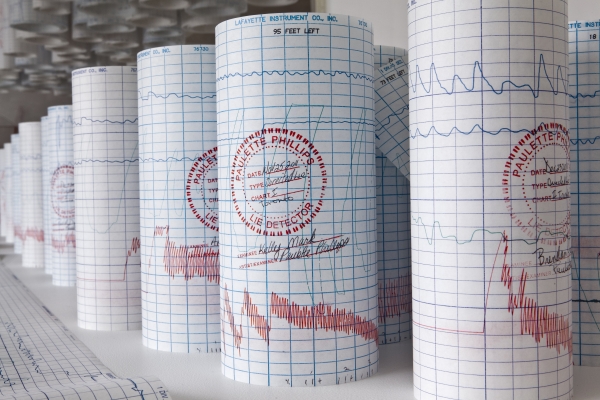 Most of us will admit that we lie to navigate tricky social interactions, we lie to protect people we love, we lie to maintain a sense that we are trustworthy and honest, and some of us lie to get what we want. We accept that lying is "kind of okay" and yet the idea of lying goes against our moral and ethical codes of behaviour. The Directed Lie inhabits a shifting perspective -- complicit with, and critical of, the act of lying.

Although the Dalhousie Art Gallery recently passed its sixtieth year milestone, the start of Gallery’s collection dates back to the 1830s when Dalhousie University’s first President donated a print by John James Audubon to the school. Since 1953, the Gallery’s Acquisition Committee has actively developed, through purchase and donation, a varied permanent collection that promotes the mandate of the Gallery, engages with the evolving aesthetics of the times, and often reflects the collecting habits of the donors.