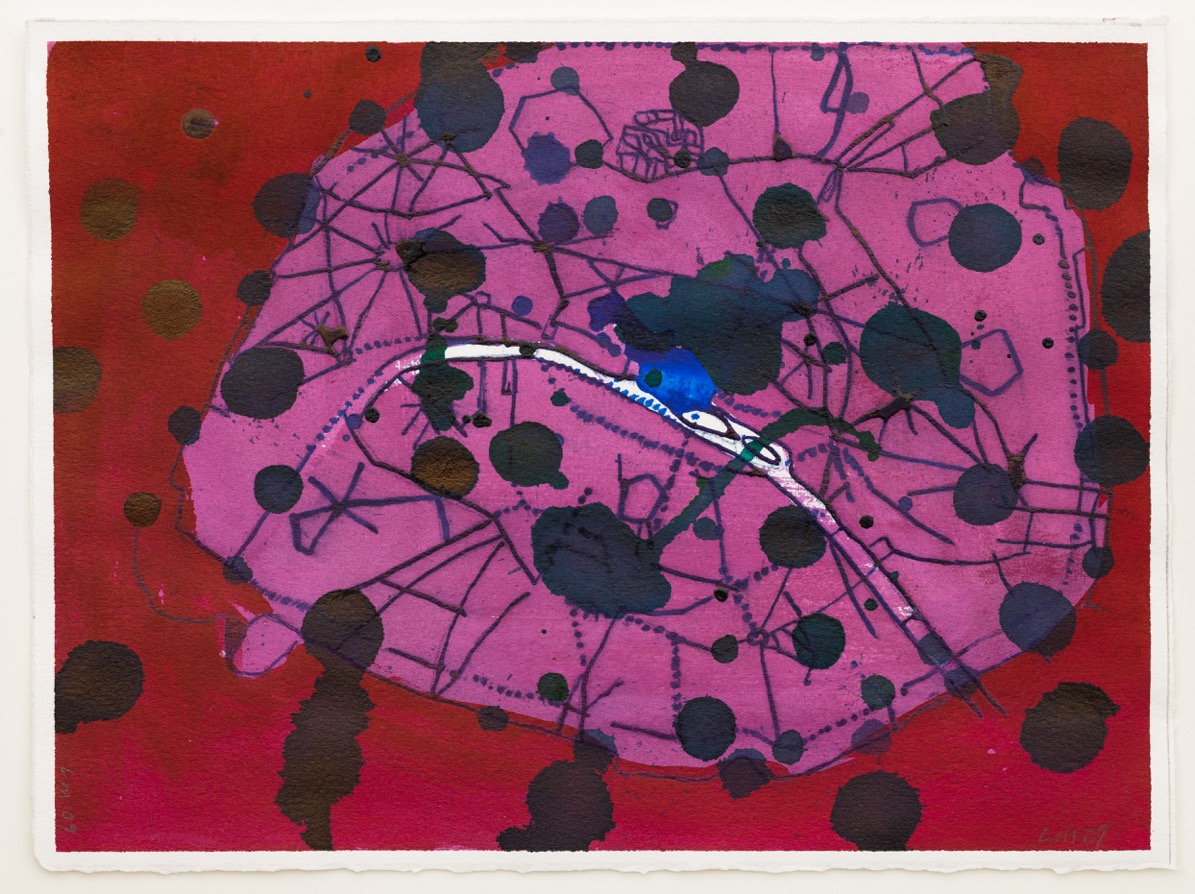 Born in the USA and raised in Toronto, Mackenzie studied printmaking as an undergraduate at the Nova Scotia College of Art and Design in Halifax, and earned her MFA at Montreal’s Concordia University in 1979. She moved to Vancouver in 1986 to teach at Emily Carr College of Art and Design (now Emily Carr University), where she continues to teach to this day. Although she has made Vancouver her home, she travels each summer to work in Prince Edward Island, and had the opportunity to work for part of the year in Berlin in 2007 and 2013, and in the Canada Council Paris Studio in 2009.

Mackenzie’s career has been shaped and informed by her inventive energy, her intellectual restlessness and curiosity, and her love of imagery, maps, language, and history. More recently, she has bridged her long-standing engagement with mapping and experimental representation of landscape to a more recent fascination with the function of memory and neural networks.

Parallel Journey begins with the artist’s conceptually-oriented black-and-white etchings made while studying at the Nova Scotia College of Art and Design (1972-1976) and at Montreal’s Concordia University (1976-1979). These are followed by the vibrantly colourful Four Folding Paintings (1978-1979), and an installation of small watercolours featuring an oval compositional device, from the 1990s. The most recent works in the exhibition include selections created during her travels in Berlin (2007 and 2013) and Paris (2009), and abstract images in watercolour and inks created in Banff, Prince Edward Island, and Vancouver.