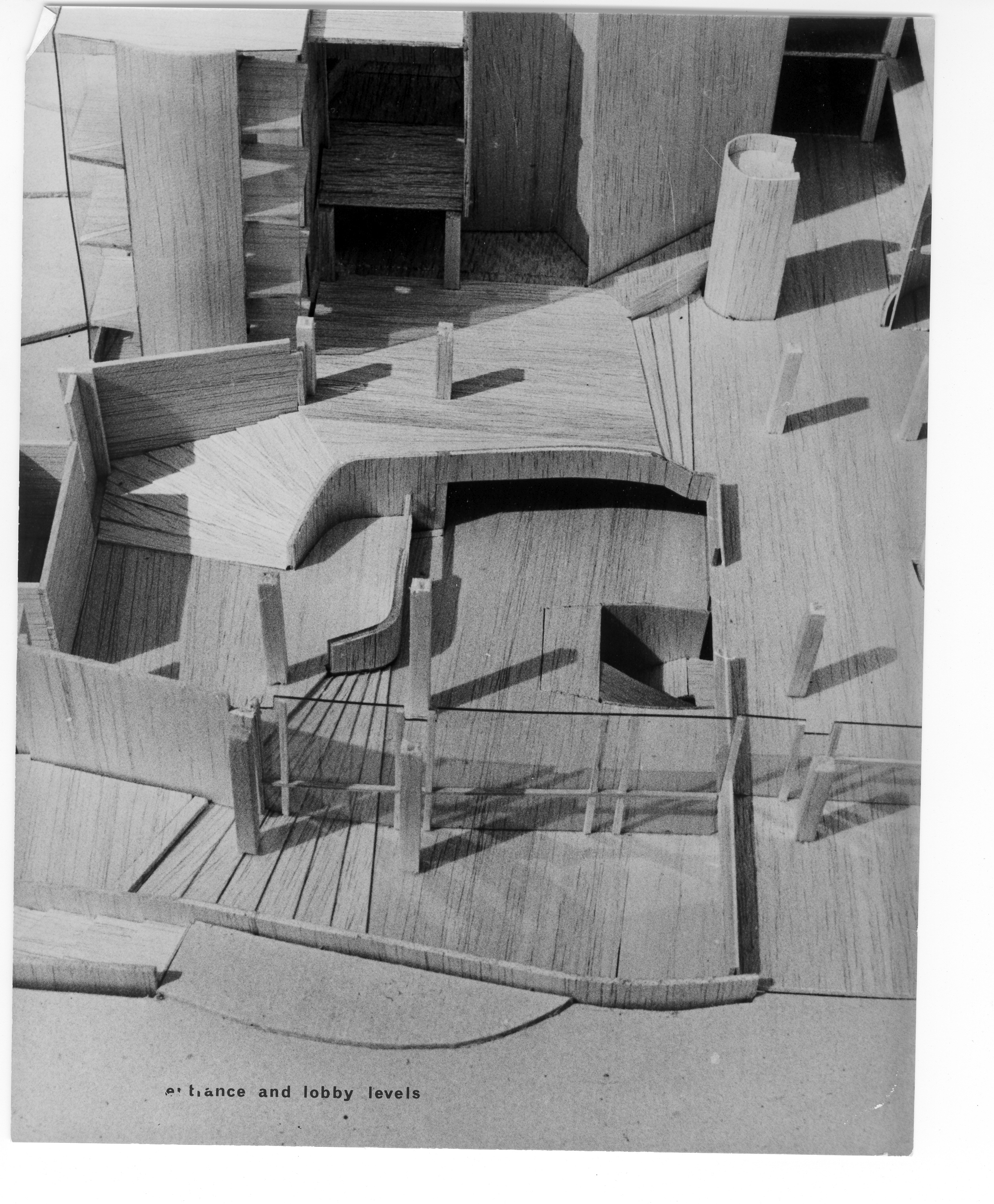 All are welcome—vaccination proof and ID are required for all indoor events and exhibitions on Dalhousie campus. For more information on what is required: Provincial Covid Resources: https://novascotia.ca/coronavirus/
Proof-of-Vaccination: https://novascotia.flow.canimmunize.ca/en/portal

The tour will begin at 2 PM inside the main entrance/lobby of the Dalhousie Arts Centre and continue in the gallery. ASL interpretation will be provided, and the tour will last approximately one and a half hours. Sunday 28 November is the final day of the exhibition, and the gallery is open until 5 PM.

The gallery has mobile seating options available including a wheelchair and movable chairs. Please contact us if you have questions or requests for your visit!

This exhibition is informed by the Japanese concept of Metabolism, first coined by architectural critic Noboru Kawazoe in his essay the Metabolist Manifesto. Metabolism was referenced in 1971 when the Dalhousie Arts Centre was built by Fowler Bauld & Mitchell (now FBM Architecture) with the support of consulting architect Junji Mikawa.

Metabolism is a theory grounded in a fusion between post-war megastructures and organic biological growth. What resulted are structures which are both imposing in size and severity, with more natural elements of beauty within their design, perhaps best seen in the undulating forms of the Rebecca Cohn Auditorium.

This project came from an appreciation of both the architectural and lived history of the Dalhousie Arts Centre. As the centre entered a year of construction in 2020, the artists were able to observe the shift of the space from a lively arts space to an empty shell.

Sheppard and Robinson have created a series of works which exemplify the principles of metabolism within the Arts Centre and the ways that this has influenced and shaped the art that is made in it. Reading the building and its history as an extended score, they will consider the idea of culture—as a cultivated artistic experience and as a cultivated microbial organism—as it shapes and is shaped by the building. A collaboration with mushrooms, a choir of breath, the traces of sunlight that move through the building over a year, are notated and performed, echoing fifty years of performance within the building itself.  Sitting somewhere between music, dance, and theatre, the performances, and the exhibition draw from the opening lines of Kawazoe’s poetic manifesto - “i want to be a seashell/i want to be a mold/i want to be a spirit.”  The performances and the exhibition read the transitional desire of Kawazoe’s poem as an invitation into a liminal, reflexive space where the building itself becomes the performer, and the performer plays the building as a score.

Made possible with generous support from Canada Council for the Arts.