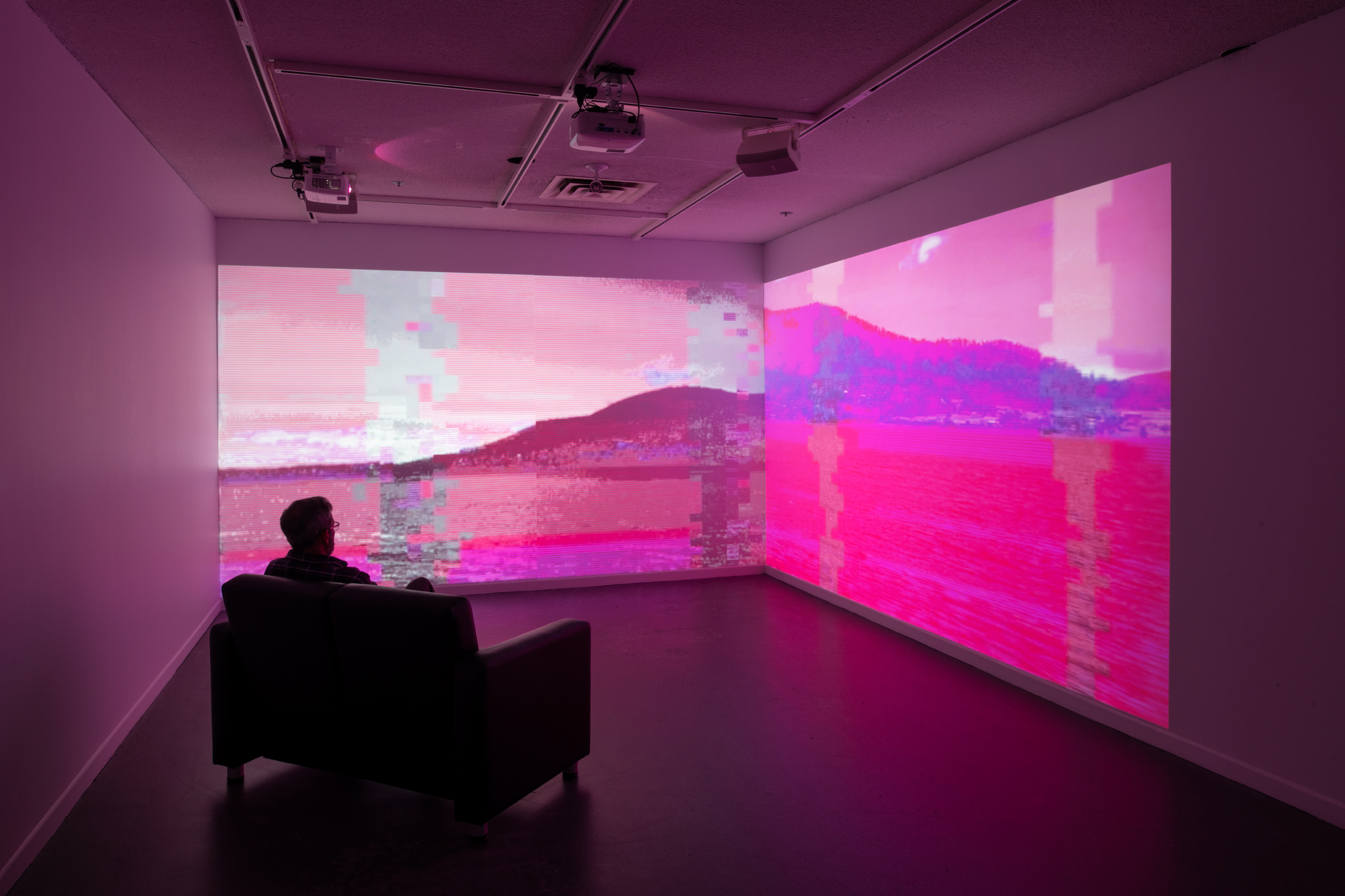 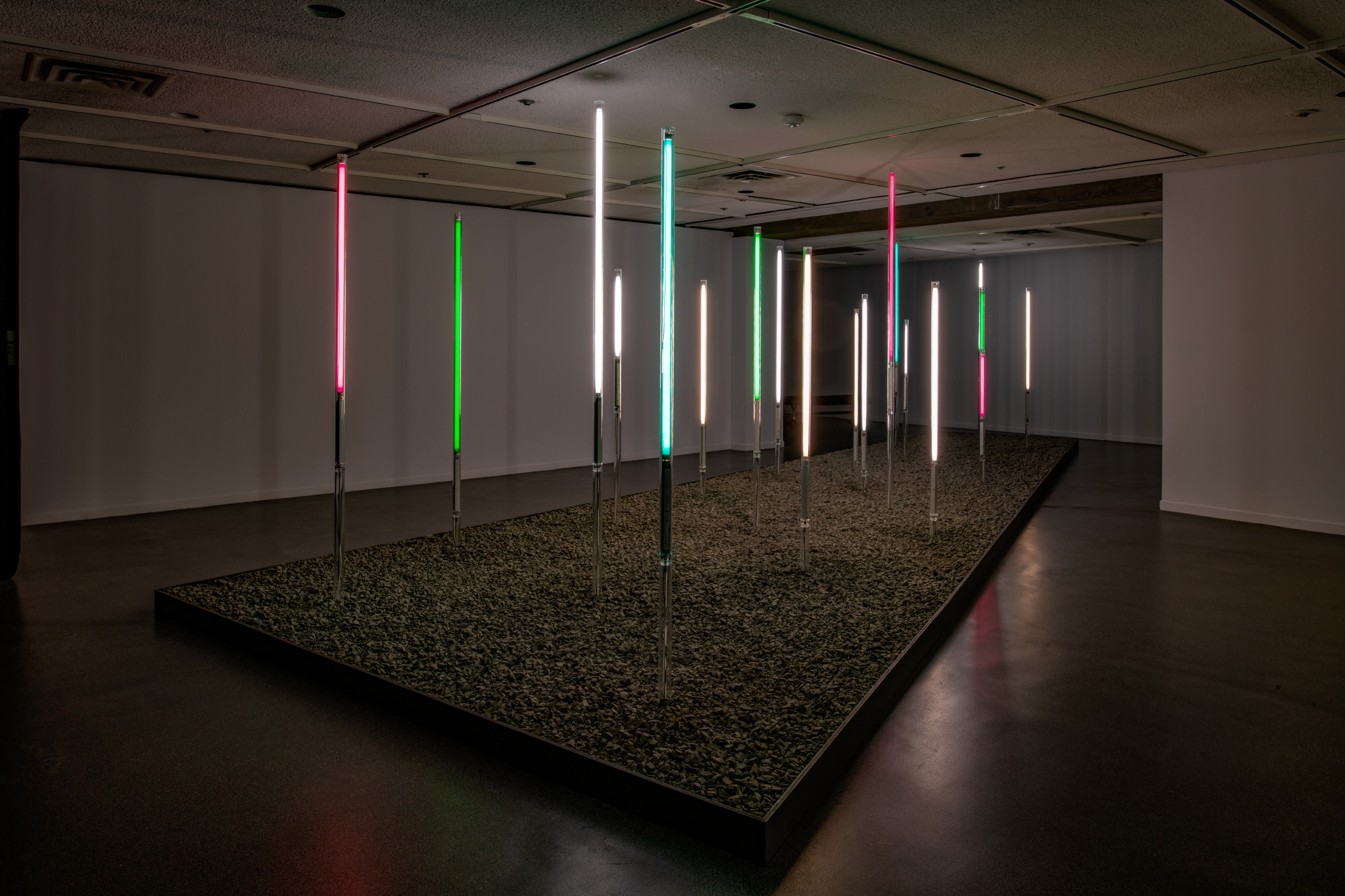 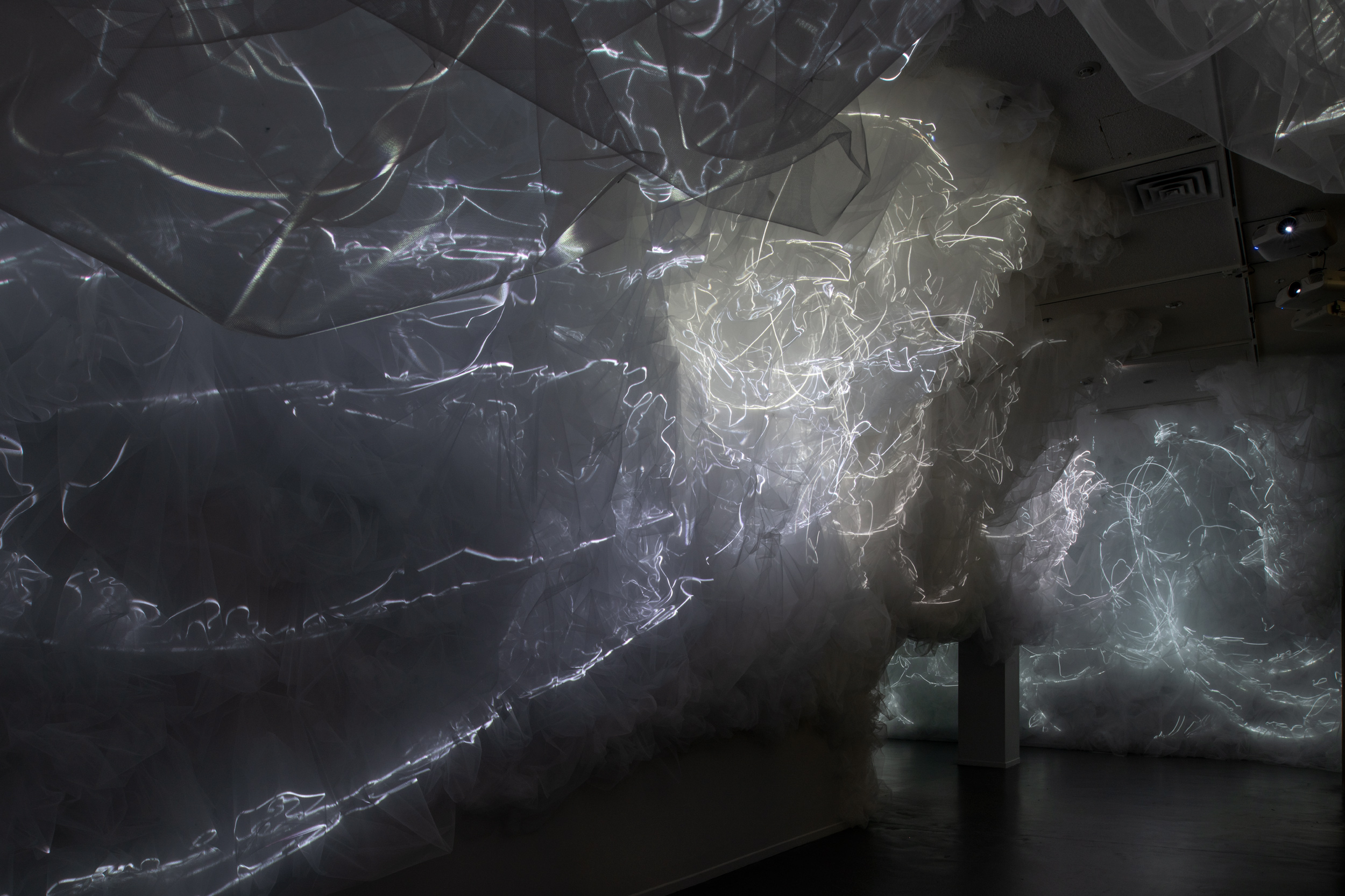 Dalhousie Art Gallery is pleased to invite you to the reception for Atmospheric Events: James Geurts, Andreas Schmid, Christine Sciulli. Curated by Peter Dykhuis and Dr. Ralf Seippel, the exhibition is part of RESPONSIVE: International Light Art Project Halifax. Visiting artists Andreas Schmid (Berlin) and Christine Sciulli (New York) will be in attendance. Admission is free and all are welcome.

Featuring the work of James Geurts (Melbourne), Andreas Schmid (Berlin), and Christine Sciulli (New York City), Atmospheric Events brings together three multi-media installations that consider the ephemeral, mutable aspects of our environments—natural, architectural, and individual—and how we experience and perceive the atmospheres around us.

In Andreas Schmid’s Lichtungen (Clearings) installation, the immediate environment of the exhibition space is gradually transformed as 19 freestanding vertical neon tubes, modulated by a computer program, slowly shift in colour and intensity. As it progresses through the modulations, the artwork becomes an exploration of the effects of changing light on the surrounding architecture and on the visitors’ perceptions of time and space as they move throughout the gallery.

Commissioned to create a new work for Atmospheric Events, Christine Sciulli has created Breath of the Sea, a site-specific 10-channel video installation. In this work, volumes of bunched and gathered translucent tulle are suspended from the ceiling of the High Gallery and cascade down and around the architectural features in the space. Kinetic arcs and circles of white light are projected into the undulating contours of the suspended tulle in an ebb and flow of line, shape, and luminosity, evocative of the slow pull and pulse of the ocean’s rhythms.

The video work by James Geurts, titled FATHOM I: Wilkinsons Point (approx. 40° S), was recorded in situ at the location where industrial waste interposes the brackish reaches of the River Derwent in Tasmania. During the video shoot Geurts exposed the circuitry of his camera to the atmosphere of the site as a way to draw out the effects of residing magnetic anomalies generated through the layers of heavy metal deposits, permitting moisture, temperature, light, and salt air to disrupt the digital colour fields. The resulting two-channel video, through pulses of light and colour, forefronts how the physical atmosphere can alter technology and consequent perception.

In September, as part of RESPONSIVE, Geurts will produce a companion in situ piece, FATHOM II at Halifax Harbour (approx. 40° N), focussing on a high frequency site where a build-up of shipwrecks, combined with the seafloor geology, causes extreme magnetic anomalies, which historically have perpetuated further shipwrecks. This two-channel video will be on display at the waterfront each evening during 25–28 September.

Christine Sciulli’s commissioned installation is co-produced with the Anna Leonowens Gallery, NSCAD University, with generous support of the Canada Council for the Arts. Andreas Schmid’s Lichtungen (Clearings) is borrowed from the Daimler Art Collection, Stuttgart and Berlin.

RESPONSIVE: International Light Art Project Halifax is made possible by a generous gift from Probst & Partner Investments Limited of Antigonish, Nova Scotia, and support from Canada Council for the Arts and Halifax Regional Municipality.